Mark is one of three founding partners of Lowery Thomas, LLC and is a Certified Public Account and Registered Investment Advisor. For more than 30 years, Mark has been an innovator in the financial services industry bringing tax and investment disciplines together at one firm. The goal was to better serve firm clients in all aspects of their financial lives. By embracing holistic planning early on, Lowery Thomas was a pioneer in comprehensive advice and has excelled at adding value to each of their clients.

Before Lowery Thomas, Mark gained his professional experience at two large local CPA firms in Oakland and San Francisco. In 1996, he started his own CPA practice and later, in 1999, was a founding partner of Lowery Thomas, LLC.

Mark is active with youth sports in Lamorinda having coached football and baseball teams since 2004. In 2010, he founded Lamorinda Passing League to prepare local players for high school football programs. Mark has coached varsity football at Acalanes High School in Lafayette for the past 6 years. Besides coaching, he enjoys playing golf, driving sports cars, Lake Tahoe, Monterey and spending time with his family and two dogs.

Mark and his wife, Shannon, reside in Orinda and have two boys ages 22 and 26. Mark graduated from the University of California, Santa Barbara with a BA in Business Economics in 1989.

Ken Cala is a Founder and Principal of Lowery Thomas, LLC. Ken, who holds a Masters in Taxation in addition to being a CPA and CFP, integrates financial planning, tax and investment advice to a select group of high net worth individuals. Ken advises clients on their company stock plans including employee stock options, ESPP and restricted stock. With his vast experience in multiple disciplines, Ken heads our financial planning division.

Prior to Lowery Thomas, Ken worked at Ernst & Young, Kenneth Leventhal & Co. and Hood & Strong CPAs in San Francisco before starting his own CPA practice in 1996.

Ken graduated from the University of California, Santa Barbara with a BA in Business Economics in 1989. In addition, Ken received a Masters in Taxation from Golden Gate University in 1995 and earned a Certified Financial Planners designation in 2003.

Ken enjoys playing golf, coaching, traveling, camping and spending time with his family. He generously volunteers much of his free-time to youth sports in Alameda. Ken also serves on the Board of the Alameda Boys and Girls Club and the Alameda Babe Ruth Association. Ken and his wife, Donna, live in Alameda and have three children ages 17, 23 and 26.

Dave Lowery was a founding partner of Lowery Thomas, LLC in 1999 and is Director of Investments for the firm. He excels advising clients on asset selection and asset allocation. He is in charge of investment research and technical analysis for Lowery Thomas.

He began his career at Prudential Securities and Piper Jaffray in San Francisco after graduating from San Diego State University with a BS in Business Administration with emphasis in Marketing in 1994.

Dave played Quarterback for the San Diego State Aztecs from 1989-93, He holds the school record for most passing yards in game with 568 against BYU in 1991 in front of a packed house at San Diego’s Jack Murphy Stadium.

Dave lends his football expertise to 5th through 8th graders as a volunteer instructor teaching clinics for Lamorinda Passing League. He is also active in youth sports in Pleasant Hill and coaches football at College Park High School for the varsity. Dave is an avid golfer, enjoys cooking and spending time with his family. He and his wife, Jennifer, reside in Walnut Creek and have two children ages 12 and 14.

Founding partner Dave Lowery holds the passing record at San Diego State for most yards (568) in a single game against BYU in 1991. Click on logo to see the video:

Steve has been with Lowery Thomas, LLC since 2016. He graduated from Vassar College with a B.A. in Economics and then earned a Masters in Business Administration at The Wharton School at the University of Pennsylvania in 1996.

He started his career as a Senior Finance Analyst at Gap, Inc. His first position as an investment professional was at Miller Anderson and Sherrerd. After they were acquired by Morgan Stanley in 1999, Steve was promoted to Executive Director and Portfolio Manager in charge of over $12 billion in assets. In 2004, Steve moved to Defiance Asset Management, LLC as a Principal and Portfolio Manager.

Mike is the third UC Santa Barbara graduate at Lowery Thomas having earned a Bachelor of Arts in Political Science and Government in September 2018.

He started as an intern in 2013 and found a passion for the investment advisory business. Shortly after graduating from UCSB, Mike started at Lowery Thomas as a financial advisor.

While in high school, he lettered all four years playing golf and baseball and graduated from Acalanes in 2014. Mike volunteers as a coach in Lamorinda Passing League mentoring 7-8th graders. In addition to coaching, he loves snowboarding, golfing, and going out with friends.

Mike lives in San Francisco in Rincon Hill and enjoys working in the financial district. He is currently studying for the Series 65 exam and hopes to become a Registered Investment Advisor. 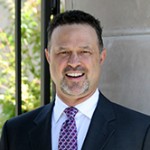 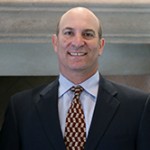 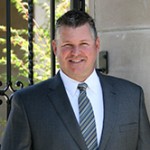 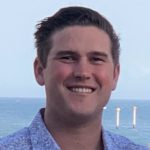